Danny Almonte Rojas was actually born on April 7, 1987, in Moca, the capital of Espaillat province in the Cibao region of the Dominican Republic. In 2000, when he was 13 years old, Danny came to America and moved to The Bronx in New York City with his father, Felipe. Once he came to America, Danny began playing Little League Baseball as a pitcher. Danny instantly became a sensation and people from The Bronx would gather around baseball diamonds to witness the spectacle of Danny’s pitching prowess. With his high leg kick, along with a fastball that reached speeds of 76 mph(note that the Little League pitching distance is 46 ft.), the equivalent of a 102 mph major league fastball, Danny quickly became the talk of Little League Baseball. At 5 feet, 8 inches tall, his imposing stature won him the nickname “Little Unit”, a clear nod to “The Big Unit”, Randy Johnson. In the 2001 Mid-Atlantic Regional finals, Danny threw a no-hitter against the team from State College, Pennsylvania, clinching his team a trip to South Williamsport. Heading into the 2001 Little League World Series, the hype surrounding Danny Almonte was unreal.

Danny Almonte lived up to the hype, as just four days after punching his ticket to the tournament, he was back on the mound against the team from Apopka, Florida, and threw the first perfect game(prevented the opposing team from reaching base by any means) the tournament had seen since 1979. Almonte continued his reign of terror throughout the rest of the tournament. In three games played, he struck out 62 of the 72 batters he faced, giving up only three base hits and one unearned run(scored on an error). Almonte’s team adopted the nickname “The Baby Bombers” because they played in the shadow of Yankee Stadium. They were the feel-good, heartwarming story of the tournament, and were honored by the Yankees. They also received the key to the city from the former Mayor of New York City, Rudy Giuliani. Almonte and his team’s triumphant tale of success from small-town upbringings is one that could have ended with “happily ever after”, however, the abominable truth behind the team’s prosperity was soon to be revealed.

Following the conclusion of the 2001 Little League World Series, rumors concerning the Baby Bombers’ star player began to be spread amongst the Little League Baseball community. Danny Almonte’s imposing appearance and total command on the mound raised suspicions about his age. The age limit for players competing in the tournament was set at children who turned 13 years old on August 1 at that time. Any player who failed to meet the age requirements would be disqualified and all of their team’s wins would be deemed invalid and be made void. In response to the permeating amount of allegations, a team from Staten Island, New York, promptly hired a private investigator to look into the ages of all of the players on The Bronx team, primarily Almonte’s age. Rolando Paulino, the president of the Hispanic Youth Little League in The Bronx, adamantly insisted that Danny Almonte was born on April 7, 1989. Officials at Little League headquarters felt obliged to check the player documents due to the omnipresent rumors surrounding Almonte. Two weeks after the tournament ended, reporters from Sports Illustrated visited the civil records building in Moca. They discovered a notation in Danny’s birth certificate, showing that in 1994, Felipe Almonte, Danny’s father, filed Danny’s birth date as April 7, 1987, which would mean that Danny was 14 years old at the time of the tournament, making him ineligible to compete. Sports Illustrated posted their findings on their website, which then launched a full-scale investigation by Little League Baseball, Incorporated.

As a part of the investigation, Victor Romero, head of the national public records office in the Dominican Republic, conducted interviews with those whose signatures appeared on Danny’s fraudulent 1989 birth certificate that Danny’s mother, Sonia Rojas Breton, had registered in 2000. After the interviews, Romero announced that Danny Almonte was in fact born on April 7, 1987. In response to the newly discovered, irrefutable truth, Danny was retroactively deemed ineligible, and the Baby Bombers were given no choice but to forfeit all of their wins in tournament play. Felipe Almonte was banned from Little League Baseball for life, and Dominican prosecutors pressed criminal charges against Felipe for falsifying a birth certificate. The president of Little League Baseball, Stephen Keener, said that Danny had been used by his father to gain national recognition, and that “millions of Little Leaguers around the world were deceived.” ESPN’s Jim Caple weighed in on the situation, calling Felipe Almonte “the worst stereotype of the Little League parent sprung to life.”

Six years after competing in the Little League World Series, Danny Almonte began to play collegiate baseball at Western Oklahoma State College, a community college in Altus, Jackson County, Oklahoma. He pitched and played right field for the Pioneers. As a freshman, Danny was one of the premier hitters in JUCO(Junior College) baseball. At the plate, he had a .497 batting average with 14 home runs. On the mound, Danny accumulated a 7-1 win/loss record as a starter as well as a save in relief. In his sophomore season, he flourished a .472 batting average with 18 home runs and went a flawless 9-0 on the defensive. However, his exceptional play hadn’t been acknowledged by the next level, and Danny Almonte would end his playing career in 2009 following a brief stint playing in semi-pro leagues.

Following the enormity of the Danny Almonte controversy, Little League Baseball, Inc began implementing strict policies regarding player eligibility for their tournament. As of 2019, all players born before August 31 and are 13 years of age are banned from competing in tournament play. Felipe Almonte was immediately arrested upon his return to the Dominican Republic after his visa expired. Danny Almonte is currently the volunteer assistant coach of the baseball team at James Monroe High School in The Bronx. Little League Baseball was created for children to have fun and make memories that will last forever. What happened in 2001 was a shame, and because of the actions of a grown man attempting to give his son an overbearing advantage over a significantly less skilled opposition, many kids were drawn away from the sport of baseball forever. 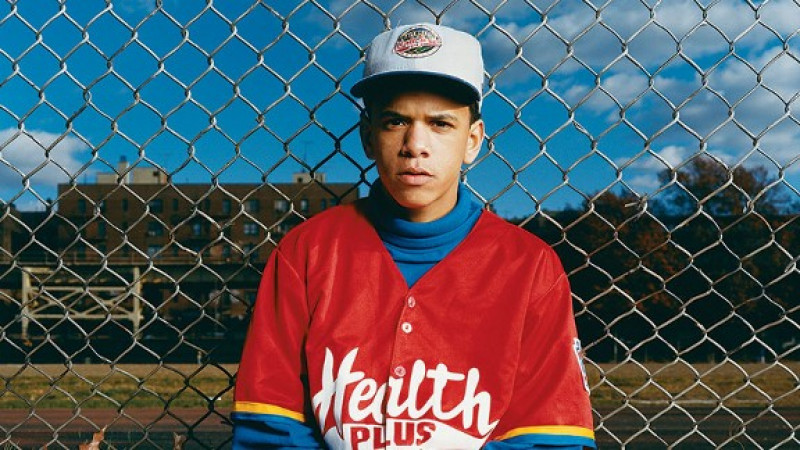