Last year, I went to the football game where the Colts played Texans. It was a long trip to get to Indianapolis. I think it took nearly two hours. As we entered the city you could easily tell that there was a game that day. There were street signs saying “stadium this way,” with an arrow in the direction of the stadium. Street vendors selling Colts memorabilia were everywhere. I immediately knew when we had arrived at stadium, just out of its shear size. We pulled into our parking spot and I was getting really excited for the game.

Entering the stadium, I realized just just how immense in size it really was. We got to the ticket gate where they searched me with metal detectors and patted me down. Looking around I could see enormous banners attributed to the teams superstars, like Peyton Manning and Dwight Freeney. Once inside, nearly anywhere you looked there was a food place or jersey booth or just a place selling cool stuff. Our seats were up towards the top, so we started up the stairs. We got to our level, which was pretty high, but it didn’t bother me. When I walked out the tunnel to our seats, I felt a rush of excitement. It was so clear and vivid compared to watching it on the television. After a few minutes, they announced that the Colts were going to take the field. The crowd roared for their hometown team. It felt as though the stadium was shaking. Maybe it even was. A chorus of “boo’s” greeted the Texans as they ran onto the field. The teams warmed up for a few minutes, and then it was time for the coin toss. The captains for each team walked to the center of the field where the referee’s awaited them. The Colts won the toss and chose to receive. The teams lined up for the kickoff and the game was ready to begin.

After the kickoff, the game started slowly. Neither team got very far in their possessions. Then about halfway through the first quarter, Manning threw a long pass to a wide-open Reggie Wayne for a touchdown and the crowd loved it. The rest of the first half was smooth sailing for the Colts. At halftime the score was 21 to 0 in favor of Indianapolis.

During half time, I took the opportunity to walk around the stadium. It surprised me how big it was. I went around and then came back to my seat for the second half. The Texans came out ready, scoring an early touchdown. Then when the Colts got the ball they turned it over because of a fumble. The Texans went down the field and made a field goal. The score was now 21-10 for the Colts. It looked as though Houston was going to come back but it wasn’t so. The game ended with a score of 31-10 with the Colts being victorious.

Leaving the stadium took forever. With the floods of people overflowing through the exits. Once we got in the car it was a little better but not much. It took a while to get out of the city. On the car ride home I just kept replaying the game in my head. Going to that game was an amazing experience that I hope to repeat. 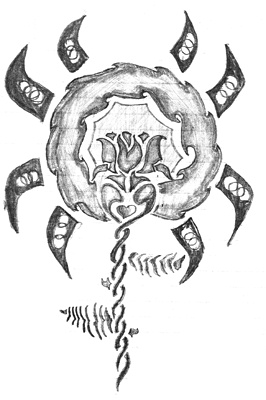