Vampires: Overpopulated and Out of Control | Teen Ink

Vampires: Overpopulated and Out of Control

Has anyone been craving a vampire story lately? I know I haven’t. Before the Twilight series was published, vampire books seemed to be fairly common; however, among those books were stories with other supernatural creatures such as witches and ghosts. After Twilight became the next big hit, vampire stories started flooding into bookstores faster than Edward could ever run to Bella.
The other day, I went into my favorite store to find something fun to read. Instead of the usual variety among the choice of books, I saw eight about vampires. Some were more realistic stories such as Twilight. Others were more fantasy driven. I sadly turned away after reading similar summaries about each one. I promptly looked in another favorite section: Manga. I felt that I could, perhaps, be more successful with a different style of book. Yet, as I approached the tall bookcase that held hundreds of various Manga, my heart dropped. There, looming over me, was a poster for some new manga – all which were about vampires. “Really?” I thought to myself. “Here too?”
I think there is nothing wrong with vampire stories; however, an overabundance of novels that contain a certain element in the plot can be a little overwhelming. Even my friend, a vampire book connoisseur, feels like she cannot even begin to read all that is available on her favorite bloodthirsty friends. This problem is not exclusive to books. Many movies and television shows follow the same trends in hopes to appeal to the viewers who like certain themes or character types. Some examples would be animals going to the wild, monks destined to save humanity, robots taking over the world, and gangs ruling the streets.
What shocks me the most is how many authors fail to see the golden opportunity that has been presented to them. Some writers believe that by writing about the subject that everyone loves, he or she could become the next “big thing.” Although that idea is true to a certain extent, I believe that the opposite is true. At my school, everyone was reading Harry Potter, then the Clique series, then Twilight. Each book could be classified into a different genre respectively – fantasy, realistic fiction, and supernatural-fiction. Although all three series had similarities, yet they were all dissimilar: Harry is a wizard; Claire is a normal girl; Edward is a vampire. These stories rose above the rest in excellence, not because they were just another book about a teenager, but because they were different than the average novel.
Finally, if anything, I know that another book will arise and it will sweep through the nation. This time, however, let’s not try to fall into the same old habit; let’s not all write the same story over and over again. Maybe then, readers will not have to struggle to find something new and original. 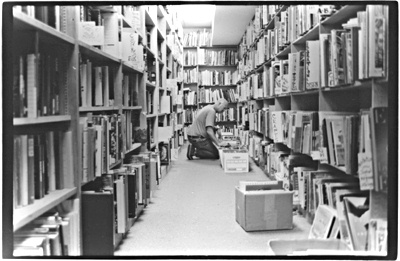 The author's comments:
After seeing so many repeating topics in books, I knew that I had to do something.
Post a comment
Submit your own

Favorite Quote:
"When someone truly cares about you, they make an effort not an excuse"

Favorite Quote:
Preserve your memories, keep them well; what you forget, you can never retell.

View profile
i agree completely with what you've written. i find that it's most annoying with twilight though. i walk into my favourite store and i'm staring straight at shirts saying TEAM JACOB. Ugh! :S
TrulyRosa BRONZE said...
on Jul. 7 2011 at 10:29 pm
TrulyRosa BRONZE, Beaverton, Oregon
2 articles 0 photos 46 comments

View profile
I agree with everything you've written here. It gets frustrating trying to find a book that ISN'T written only about vampires.
DarkenedSparrow said...
on Dec. 16 2010 at 9:20 am
DarkenedSparrow, Tempe, Arizona
0 articles 4 photos 5 comments

Favorite Quote:
"The Key To Your Passion Is To Never Give Up."

View profile
I am a fan of vampires, but I agree that there are many, many stories that include this stereotypical character. Vampires are in Anime and Manga as well. Maybe there's something about vampires that people like, now, but that's just my opinion. You are correct.
kiwi_d said...
on Jun. 14 2010 at 7:49 am
u r so right... and all around this page they have ads for vampire stuff, like new vampire books and a tv show called 'the gates', which is about vamps... talk about ironic!!!
ReadingFanatic SILVER said...
on Nov. 28 2009 at 11:02 pm
ReadingFanatic SILVER, St. Louis, Missouri
6 articles 0 photos 14 comments

Favorite Quote:
“Nobody important? Blimey, that’s amazing. Do you know, in nine hundred years of time and space I’ve never met anyone who wasn’t important before.”

View profile
I am so SICK of vampire books. They loom over me like the new moon crap in my local borders! Why cant people just relize that teens need a bigger selection then this vampire romance craze! I read a book about a wizard and there was a part about a vampire. It was no biggie though cause this vampire was orginal. She didnt eat humans or animals, and she drank water. They only reason was that she was a vampire was because she didnt sleep or eat, and had fangs. I'm glad that someone had finally relized that people should STOP WRITING ABOUT VAMPIRES!
loveibanez BRONZE said...
on Nov. 28 2009 at 10:38 pm
loveibanez BRONZE, Maumee, Ohio
4 articles 1 photo 63 comments

View profile
same here, and actually, I have had some of the same thoughts run through my head after a recent trip to the book store, you just put them into words perfectly!
Cotillion_Reject GOLD said...
on Nov. 10 2009 at 6:21 pm
Cotillion_Reject GOLD, Germantown, Tennessee
15 articles 4 photos 2 comments

View profile
Thank you! I am glad that someone agrees with this too.
Sienna BRONZE said...
on Nov. 9 2009 at 10:59 pm
Sienna BRONZE, Somewhere, New Jersey
3 articles 0 photos 3 comments

Favorite Quote:
“Most people are other people. Their thoughts are someone elses opinions, their lives a mimicry, their passions a quotation.” -- Oscar Wilde

View profile
This is brilliant. I couldn't agree more.