Human Beings, not Cans of Soup

Labels. Mention them to an adult, and they will most likely think of grocery stores, with good reason. Labels are things that should remain on food items, clothing, etc. Anything but human beings. A child of the 21st century, I no longer have the privilege to honestly state that labels bring images of Publix to mind. Rather than cans of Campbell soup, I am bombarded with thoughts of school, cliques, people. I’m sure that it applies to you, as well. Words like â€˜prep, skater, emo, rocker, nerd,’ and even the occasional â€˜gangster’ have become part of an average teenagers everyday vocabulary. Used on colloquial levels, we all know what they mean.

Usually, the way we dress, speak, or act render us one of the above labels. Many times, we change outfits for fear of being called something we’re not. It might sound horribly dramatic, but it feels as our right to freedom of speech has been stolen. If we dress all in black with heavy eyeliner one day, but in khakis and a polo the next, we’re automatically labeled as posers. Why? Because today’s youth has been programmed to judge books by their covers. Words are the new weapons of mass destruction, with images at the center of the war.

I’m only one person. I alone cannot annihilate labeling. But what I can do is ask myself: what in the world happened to originality? All of a sudden, having your own sense of style is frowned upon. Mixing a studded belt with a Hollister top is now considered a crime punishable by law. Thanks to labels, beauty is no longer in the eye of the beholder, but in the brand of our clothing. 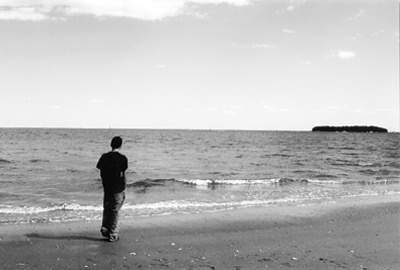 The author's comments:
I'm just your average middle schooler. This is my first entry to Teen Ink, and I can only hope that it's enough [:
Post a comment
Submit your own

LadyKraken BRONZE said...
on Dec. 18 2013 at 2:51 pm
LadyKraken BRONZE, Montpelier, Ohio
4 articles 0 photos 8 comments
View profile
Stop talking. Labels are not necessary, no, but they allow a quick and easy explanation for our interests and personalities. What do you want to do about labeling sexuality? Do you want to strip people of their identities so you can make yourself seem progressive and cool and get "why can't we all just get along we're all human beings" tattooed on your forehead? I think you need to stop.
DanielleSK BRONZE said...
on Jul. 5 2013 at 2:26 pm
DanielleSK BRONZE, Toronto, Other
1 article 0 photos 9 comments

Favorite Quote:
"I think a lot, but I don't say much."- Anne Frank

View profile
I completely agree with you! It's really shameful that we can no longer express ourselves through our clothing or interests without being judged. I mean, how many of us can say that we haven't been labeled for dressing a certain way? I certainly can't. I've gotten 'hipster' far too many times. Overall, great article!
KatsK DIAMOND said...
on Mar. 3 2012 at 9:38 am
KatsK DIAMOND, Saint Paul, Minnesota
57 articles 0 photos 301 comments

View profile
I totally agree-- I'd probably be labeled as such. At my school we don't really have a lot of labels. And yes, people naturally put similar things into categories and that's what our labels come from. Good job, and could you if possible check out some of my work? Thanks :)
SpringRayyn PLATINUM said...
on Dec. 10 2010 at 11:15 pm
SpringRayyn PLATINUM, Lakeville, Minnesota
34 articles 2 photos 658 comments

View profile
It seems like, to me, the only reason people created labels is so that things can make sense to them. Why is that girl always studying? She's a nerd. Why is that guy always wearing black? He's emo. Some people can take their labels and be proud of them, others can't. I know that I myself probably have a label, and I hope it's the quiet artsy girl, but I don't label people. I don't need things to make sense. The only reason I would want to be a quiet artsy girl is that is who I am. But so what if I happen to fit okay into a group? I'm a person too.
magic-esi PLATINUM said...
on Mar. 20 2010 at 9:32 am
magic-esi PLATINUM, Hyde Park, New York
27 articles 0 photos 231 comments

View profile
Your article is very good and it is well written. I like your sentence structure and your metaphor to a can of soup- pretty creative. As well as your ability to strongly distinguish your point of view. I don't like labels either. Really good article!
AlwaysWrite28 DIAMOND said...
on Mar. 2 2010 at 9:17 am
AlwaysWrite28 DIAMOND, Flushing, New York
95 articles 28 photos 22 comments

Favorite Quote:
"What makes a flower a flower? And why doesn't the dandelion qualify?" -From my poem "Dandelions"

View profile
You certainly do not have to follow what everyone else does!!!!! NON_CONFORMISTS RULE THE WORLD!!!!!! WOOT WOOT!!!!!!!
alayapoetgirl BRONZE said...
on Feb. 3 2010 at 4:06 pm
alayapoetgirl BRONZE, St. Louis, Missouri
4 articles 0 photos 92 comments

Favorite Quote:
Life is hard; but it's harder if you're stupid. -John Wayne

View profile
I adore this article! You were really able to establish your feelings in an intellectual manner.

Wow! You are good...not to mention the topic.

You totally inspire me through your words. There wasn't one time when I was reading this, where I got bored and wanted to read some other article.

View profile
I concur. Congratulations on getting your first Teenink article approved.
Therealshaq said...
on Sep. 21 2009 at 8:48 pm
Well first of all schwwwww