We all have aspirations to be successful, but imagine your dreams slowly drifting off and your goals suddenly unattainable. But fear not, for living amongst us are those who put aside their needs to help others attain their goals in the face of hardships. We call them selfless. The woman who flashed a pleasant smile as she held the door open for you on your way out from a tough day at work; the friend who comforted you in a time of need although he was struggling with troubles of his own; the first respondents to the tragedy that was 9/11 and hurricane Katrina. Without a rigid set of guidelines to define the word, selflessness or altruism can take many different shapes and sizes depending on the situation at hand and the willingness of the selfless. But a definition that encompasses all acts of selflessness can practically be found within the word itself. Selfless. The suffix "-less" means without, so selfless can be thought of as “without oneself”. That woman, that friend, that brave firefighter or Red Cross volunteer acted with the best interests of the other in mind, no matter the consequences their actions may have brought upon themselves. It is this loss of self that characterizes selflessness best.
The goal of the altruistic is to help those in need as best they can, but just as no two keys fit the same lock, selflessness, in a general sense of the word, is not adequate to solve each of our problems. So it makes sense that, in a world where our problems are as diverse as we are, there will be a unique form of selflessness to dispel each of the different types of obstacles that prevent us from reaching our goals. There are those people who need money and so there are those who are monetarily selfless; there are those people who require compassion, so there are those who are emotionally selfless; there are those people who are in need of physiological assistance, and so there are those who are physiologically selfless.

The boundaries of altruism are not even limited to an infinite sum of currency. – JACKIE A. STRANGE


If instead of a gem, or even a flower, we should cast the gift of a loving thought into the heart of a friend, that would be giving as the angels give. – GEORGE MACDONALD

In the times after a rather difficult breakup or the loss of a family member some of us just want to be left alone to grieve in private. However, research has shown that emotional support can lead to a longer life, enhanced psychological function and even a healthier immune system. But even with all these benefits many of us consider seeking emotional support to be a sign of weakness (mostly men). True emotional selflessness, therefore, is taking the initiative to be the unwavering support for a friend or family member in times of necessity. In the end, sometimes all we need is for someone to listen and provide a sense of security.


Physiological Selflessness
The generous man is blessed. For he gives of his bread to the poor. – OLD TESTAMENT, PROVERBS 22:9


We are all familiar with the four main physiological needs. They are food, water, air, and homeostasis. So to be physiologically selfless you need to first recognize the problem and then satisfy the physiological need. This can mean feeding the hungry, giving the gift of water to a drought stricken area, saving a child from drowning, or helping a wounded soldier.

I will be forever grateful to a stranger who showed physiological selflessness towards me. Just last year during a soccer game the temperatures were slightly above normal for that time of the year, but not unusual for Texas weather. It was halftime and I came jogging off the field when I started feeling a tingling sensation in the tips of my hands. I didn’t think much of it at the time but I was sitting on the sidelines during the second half when I began feeling lightheaded and gradually, my extremities became harder and harder to move. I panicked. Luckily, one of my previous coaches was walking by and saw me looking worried, so he came over to see if I was alright. He called my dad over and by then I wasn’t able to move my hands or my wrists and my feet were feeling numb. Gradually, I lost the ability to move the muscles in my face. I didn’t understand what was happening to me. I thought I was going to die. While my dad ran off to bring his car, a passerby saw my condition and immediately reassured me that everything was going to be all right. He called over to the opposite sideline for an ice pack which he used to cool me down and, in a calm voice, told me to slow my breathing in and out through my nose. When my dad got back they both helped me walk over to the car and we drove to a nearby emergency center. The nurses there gave me the same instructions as the man had and told me that I had been hyperventilating which had caused the temporary muscle paralysis. Slowly but surely, my muscles regained movement. I was discharged a short while after. Following the ordeal, I thanked the stranger and he replied with a modest smile and head nod as he drove off.


Only those who have learned the power of sincere and selfless contribution experience life's deepest joy: true fulfillment. - ANTHONY ROBINS

Without selflessness society would be left without the foundation of our morals. Imagine a world in which people cared about one person only. Themselves. No one to help the poor in Pakistan or India; no one to love you or comfort you in times of trouble; no one to help those starving in Africa or even that one man begging on the side of the road that you pass by multiple times a week on the way to work. Only if we lacked altruism completely would we be truly appreciative of its great ability, the ability to make us want to help one another. And it is this trait that makes us human. It is in our nature that we help others, whether or not they ask for it.
In conclusion, selflessness is the most basic and highest form of achievement. A short story by the title, The Wise Woman’s Stone, sums up my main idea about selflessness. One day a wise woman happened upon a precious stone. Later she meets a poor traveler who eyes the stone with envy, so the woman gives it to him without hesitation. The poor man realizes the stone can provide him with a lifetime of well-being yet a few days later he returns the stone to the wise woman. ”I’ve been thinking,” he said, “I know how valuable the stone is, but I give it back in the hope that you can give me something even more precious. Give me what you have within you that enabled you to give me the stone.” Selflessness in the heart is worth more than anything in life. And if you look at life through glasses tinted with selflessness you will achieve the greatest goal of all, self-actualization, while helping others achieve their life goals. 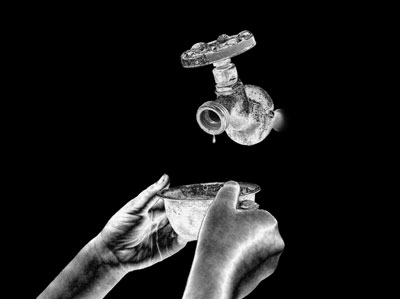 The author's comments:
This is a concept definition essay. I define the word selflessness through personal commentary.
Post a comment
Submit your own