Heart of Darkness by Josepth Conrad

The novella Heart of Darkness by Joseph Conrad can be defined as a complex painting that has relayed different images of meaning within the eyes of its readers. These images can alter, and shift into various forms, appearing atypical on the canvas of indulgent intellect to an abating ending result. Conrad has rigorously, established an astute delineation of these characters. Not only has Conrad developed a tale containing themes of controversy and hypocrisy. These themes have slowly made its way to change the fundamental values of life today, values that had became to appear as nebulous to the human eye. However, it is the themes of this novella that make understanding reasons why discontent appear in the world come to part. The hypocrisy on imperialism, and the madness as a result of imperialism, the absurdity of evil, motifs, and symbols have characterized this novella into something the youths of the generation should be aware of. Though some of these harsh realities can come of as being racist, as like the review of the book from Chinua Achebe. It is these perspectives we need to shape a brand new outlook on life as it is, one that can be agreed by everyone.


Literature can be defined as a written work that imposes on the reader artistic value. It can come in all forms and sizes, meant for an older audience, or maybe designated towards a younger one. Heart of Darkness has struck as a homogenous composition. Reaching out to many individuals who are able to make a substantial decisive interpretation. One individual in particular, J. Hillis Miller, author of Should we read “Heart of Darkness,” writes

“Part of the problem, as you see, is that it is impossible to decide authoritatively whether or not we should read “Heart of Darkness” without reading it in that strong sense. By then its too late. I have read already read it, been affected by it, and passed my judgment , perhaps recorded it for others to read. Which of us, however, would or should want to take someone else’s word for what is in a book? Each must read it again in his or her turn to bear witness to that reading in his or her turn.”


The key term in this passage, has to be been affected by it, he imposes the notion that Conrad has transformed his universal outlook after he had been exposed to Heart of Darkness. So why take this sense away from our youths today? It is axiomatic that if an authors work, has the ability to affect the reader, it can be considered true literature. Literature that has people thinking throughout those minuscule minutes where, the words have left the pages and has entered the mind. So strong enough to influence your inclination on many matters.

It’s the kind of optimism that is needed in the lives of the youth today. Requiring them to take their thinking to another level of education. A level that has the potential to change the way they think, to an extent where they are able to take the understanding of the novella and answer questions only able to answered by them.
For example, this students analysis on the novella.:

“When I pick up a book, especially one thought of as a part of the literary canon , I ask myself "what makes this piece of literature a worthy object of study." One of the answers that I have deemed acceptable is any novel that challenges the reader to question his or her own ideals and values on an intellectual level deserves to be read, thought about, and discussed. Many others might argue that a work must also have a moral base to be considered as an addition to the literary canon. Conrad's Heart of Darkness definitely fulfills both these criteria. Through subjectivity and the function of racism in the novel, Conrad raises questions about roles of humanity, civilization, and morality that can only be answered by the reader.”

Along with Joseph Conrad’s strengths there are also negative weaknesses of his novella. Retrieving back the reoccurring themes of the novella, Heart of Darkness explores the issues surrounding imperialism in problematic ways. As Marlow travels from the Outer Station to the Central Station and finally up the river to the Inner Station, he emboldens scenes of torture, cruelty, and near-slavery. At the very least, the scenery of the novella poses a harsh picture of colonial enterprise. The impetus behind Marlow’s adventures, too, has to do with the hypocrisy inherent in the rhetoric used to justify imperialism. The men who work for the Company describe what they do as “trade,” and their treatment of native Africans is part of a benevolent project of “civilization.” Kurtz, on the other hand, is open about the fact that he does not trade but rather takes ivory by force, and he describes his own treatment of the natives with the words “suppression” and “extermination”: he does not hide the fact that he rules through violence and intimidation. His perverse honesty leads to his downfall, as his success threatens to expose the evil practices behind European activity in Africa.

The way Conrad poses Marlow to feel about women also falls in the category, of pessimistic weaknesses. To have been under periods of time where women had fought devotionally for their rights and then having them bashed by the main protagonist in Conrad’s legendary work, exceeds the thin line which marks the harsh reality of Heart of Darkness being to negative for students to handle.

Especially not forgetting the treatment of the Natives. In which has sparks the anger of Chinua Achebe, author of Things Fall Apart. In An Image of Africa: Racism in Conrad’s Heart of Darkness,Chinua Achebe attacks Joseph Conrad’s text as racist. According to Achebe, Conrad refuses to bestow "human expression" on Africans, even depriving them of language. It is said that “Africa itself is rendered as "the antithesis of Europe and therefore of civilization", "a foil to Europe, as a place of negations at once remote and vaguely familiar, in comparison with which Europe's own state of spiritual grace will be manifest.”

It is a fact that Joseph Conrad has placed an unreasonable amount of controversy on the table, after his publication of is novel. However, its is ultimately the readers choice. The readers can choose who is the victim from who is the villain. It has come back to that revolving message, that these piece can affect your thinking. The only part that Conrad did not include was how it would. 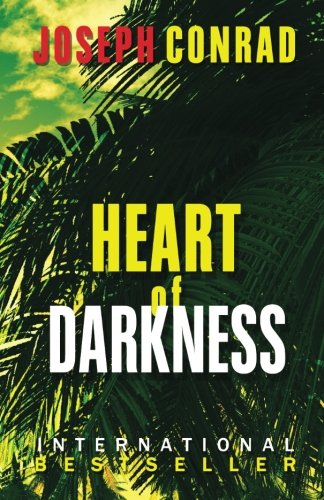 
Buy from Amazon
The author's comments:
This was a presentation I had to do for English AP Literature...hope you guys like it!!
Post a comment
Submit your own