The Outlaws by W.E.B. Griffin

The book The Outlaws by W.E.B. Griffin is called “A Presidential Agent Novel” and features on its front cover, a camouflaged Black Hawk UH-60 helicopter. Although its apparent target audience is those with interest in military and secret spy operations, the book definitely tries to reel in a more broad reader base. The only way it really does this is through the readability and dynamic information displayed throughout the work.

Just to be clear, for context reasons, this is a book I selected to read for an elective class, which requires you to read one book from each of several different genres. After reading a plethora of descriptions from best-sellers lists from the New York Times, this is the book I chose. While, personally, I was not thinking that I would love the book by just looking at the cover, I was pleasantly surprised by the contents within.

The main plot of the book is one of mystery, politics, secrets, and foreign diplomacy. To delve deeper into the core of the story, without giving away anything too important, I will try to explain it in as little specific details as possible.

The story goes that a certain substance, designated “Congo-X” has been discovered in what is believed to be a fish farm run by the Iranian government as a biological weapons laboratory and storehouse. The US government decides to blow the place to hell with everything short of their nuclear weapons arsenal. Of course some of it survives, and what does is now controlled by the SVR (called the Spetsnaz, a new name for the previous Russian KGB.) The SVR, and Russia, is controlled by none other than: Vladimir Vladimirovich Putin. Putin tries to use the biological weapon to retrieve two runaway agents, Svetlana Alekseeva and Dmitri Berezovsky, who, according to Putin, are due to be discharged from service. Putin uses his power to blackmail the current POTUS (president of the united states,) Clendennen, to say that he will dispose of his new weapons if they are delivered to him. Another man, Colonel Carlos Castillo, is wanted along with the two SVR agents. Castillo is a dangerous man, who has been employed, after his retirement, under the table by the CIA to track down and kill anyone coming in the way of the clandestine service. He has caused many problems for the Russian government.

Well that’s the main plot anyway. The way the book is written left me one very happy, and might I add, a fanatic reader of W.E.B. Griffin. I have always wondered what military people are thinking, because on the surface all you hear is “yes, sir” and “no, sir.” This book uses the great invention of italics to do just that. Griffin also does another thing that makes this particular book an easy and enthralling read: the use of a setting header to each new location the story takes place. This is especially helpful since the story spreads over many parts of the US, as well as many different countries. I would suggest this book to anyone who is even remotely interested in or that enjoys a twisted plot and wants to read about the intricacies of the government and foreign relation in a way that keeps you hooked. A+ would definitely read the other 5 books that come before this one. Yes, I did read this one half the way through before realizing it was the last of a series of 6. Regardless, READ IT! 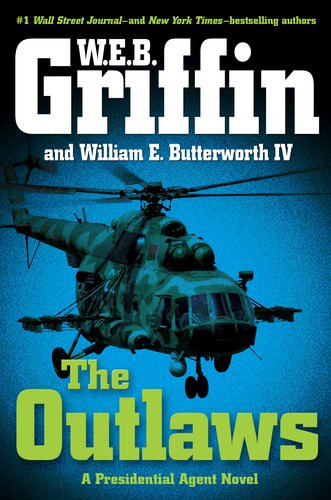