Men of Iron by Howard Pyle

Myles Falworth and his family have been exiled since he was a child, so he was raised in a small town rather than the castle of his birth. At sixteen, he is sent to the household of the Earl of Mackworth to serve as a squire. There he is taught the knightly arts and gets into more than his fair share of boyish scrapes and battles. It is only when he is grown to full manhood that he is told the truth of his father's banishment and outlawry. He learns that his family has a powerful enemy and that he is their only hope for justice.
This book was assigned reading for my medieval studies several years ago and it has been one of my favorites ever since. I love the language with all of the "wherefores" and "comeths" and such. The character of Myles is brash and bold and very human, so it is easy to sympathize with him. The romance in this novel, though it doesn't play a very large part, is very sweet. Many might find this book to be rather old-fashioned, but I like it. :) Besides, what isn't to like about a book where the villain has the fantastic name of William Bushy Brookhurst, which is guaranteed to send any kid into gales of laughter? 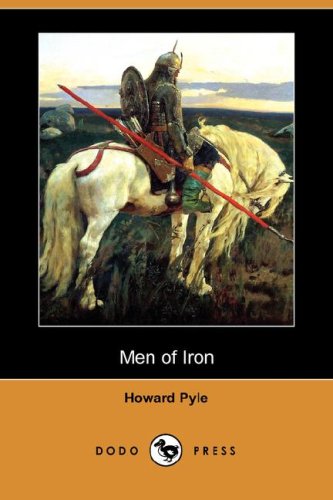