“She was trying to get herself discovered for the movies.” “She was homeschooling gone amok.” “She was an alien.” “She lived in a ghost town in the desert.” “Her parents were brain-dead vegetables in a hospital in Yuma.” These are only some of the theories that the students of Arizona's Mica Area High School have thoughtfully formulated in a brave attempt to try to put the awe-inspiring Stargirl Caraway into words. With the arrival of this previously homeschooled, 10th-grade heroine of Jerry Spinelli’s young-adult fiction novel Stargirl, the lives of the students at MAHS have been changed forever. But mostly, this significantly affects the life of Leo Borlock, the 16-year-old narrator of the story.
“When does the enchantment start?” Even though this is a question that Leo asks in the book, it would still be suitable if you asked me that about Stargirl. Go ahead, I’ll wait. In truth, the magic begins as soon as you turn to page one, and it gets a whole new meaning when you meet the queen of enchantment herself. Stargirl, complete with her wardrobe of pioneer dresses, kimonos, and fully equipped with her ukulele and her pet rat Cinnamon, charms readers as she takes center stage.
“Why fit in when you’re born to stand out?” Much unlike the typical teenager, Stargirl Caraway has no trouble staying true to herself – at first. She changes her name according to her mood (having been named Susan at birth), wears no makeup, laughs when there’s no joke, dances when there’s no music, and cheers for the opposing team at school games. In the beginning, she sparks the admiration of fellow students and creates a school revolution; pretty soon, the pet shop at the mall is out of rats and a chorus of ukuleles is strummed in the student cafeteria daily. Unfortunately, trouble dwells on the horizon and Stargirl, along with Leo, who ultimately falls for her, are outcast by their peers.
At one point, Stargirl is even pressured to give up her distinct personality and exchange it for who her peers expect her to be. This struggle that Leo and Stargirl face is a brilliant lesson that many teens fail to take notice of: bullying can be present with the absence of words and violence. In an interview with Bookshelf, Jerry Spinelli said, “Stargirl, I guess, provides a relief valve for [peer] pressure. Permission to be different. Permission to be oneself.” Well composed and touching, this book warns against popularity and supports the bravery of nonconformity, all the while relying on the actions of Leo and Stargirl without being forced, and providing readers with a treasurable life lesson free of scolding. It conveys a message that all teens of today can relate to or learn from.
“In our minds we tried to pin her to a corkboard like a butterfly, but the pin merely went through and away she flew.” This is the kind of wording that Jerry Spinelli uses to bring his characters to life and make them immortal. He delicately sprinkles these phrases throughout the book to capture readers’ interests and fascinate all with his mind-boggling, thought-provoking sentences. He accurately and humorously depicts adolescent growth throughout the course of the novel.
Without a doubt, the tale of Stargirl is one that continues to shine on in the hearts of readers, both young and old. “She was elusive. She was today. She was tomorrow.” Leo took upon these words to describe her, and I couldn’t agree more. This carefully woven character is sure to enchant and inspire all, leaving readers entangled in her tale. Having been an ALA Top Ten Best Book for Young Adults award winner in 2001, a Publishers Weekly Best Book of the Year, a Parents' Choice Gold Award Winner, and a New York Times bestseller, this book is unlike any other. You will never find story or character like this, because as an important quote goes, “Star people are rare.” 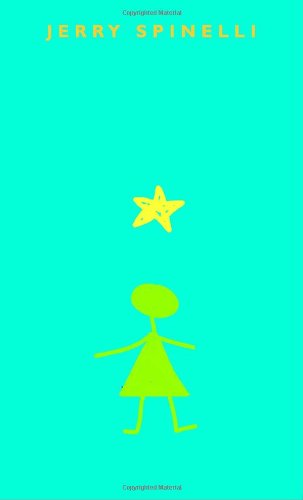 View profile
Thank you sooo much! I really appreciate it! I will certainly return the favor and check out your work sometime soon! :)
so_joy SILVER said...
on Nov. 27 2012 at 2:01 pm
so_joy SILVER, Navesink, New Jersey
8 articles 0 photos 722 comments