Himawari House is the story of binding friendships, struggles and joys of identity, and mochi that you didn’t know you were missing out on. With illustrations that range from beautiful to adorable to masterfully expressive, Harmony Becker tells the story of three young women whose vastly different paths all lead them to a year in Japan at Himawari House. Nao barely remembers her childhood in Japan after years in the United States, despite constantly feeling too Japanese to fit in. But her struggle to understand her identity is only complicated when she suddenly finds herself too American in Japan. Hyejung hasn’t talked to her parents in Korea since she dropped out of college and moved to Japan, hoping to find her own path and move on from the aftermath of a secret relationship. At 25, Tina leaves Singapore dogged by the feeling that she’s already a failure – no savings, no degree, and still unsure of her future. Together, along with a complex and diverse supporting cast, Nao, Hyejung, and Tina navigate life in Japan and the ups and downs of finding yourself in a new place.

As a reader who is fairly picky about the art in my graphic novels, Himawari House was a delightful read. The visual design and mannerisms of each character felt truly unique and enabled the book to include a robust supporting cast without confusing the reader. The art style moved gracefully between a more comic style for humorous moments and beautiful full-page illustrations that captured the book’s heavier moments.

Among the book’s greatest strengths is its portrayal of learning a new language and being bilingual. All three main characters start off less than fluent in Japanese, while other characters struggle to understand English. By including both the original Japanese and English translations in dialogue, often with gaps and fuzzy patches where the character’s understanding falters, Himawari House captures the experience of learning a new language without sacrificing clarity, and arguably uses the format of a graphic novel to do so in a way that would not be possible in a novel.

Although I usually find accents in dialogue distracting at best, I also came to appreciate the book’s thoughtful approach to this aspect of language learning. As Becker explains in an endnote, “Often characters are written with thick foreign accents for comic effect […] This legacy has cemented the idea that to have an accent is to be laughable, to be stupid, to be ‘other’” (Becker 376). By including many characters with strong written accents when speaking English, she purposefully combats the idea that such characters cannot also be complex and three-dimensional. By the end of the book, I enjoyed the way each character’s accent was unique to them and reflected aspects of their home and identity.

Himawari House tackles some of the most central issues of a coming-of-age story: identity, friendships, and finding one’s own path. The former in particular can be easy to mishandle and clunky to read when done poorly, but the complexity and messiness of the characters led to struggles and joys that felt genuine and truly unique to each character. Nao especially captured the much-written-of struggle of being from two places in a way that felt entirely her own, and I loved the progression over the course of the novel in the way she understands her own identity.

Funny and heartfelt, with beautiful illustrations, strong female friendships, and a thoughtful approach to its depictions of language learning, Himawari House captures the highlights of YA and graphic novels in one enchanting story. Whether you are a graphic novel devotee or simply looking for a good read, this is a book you will not regret picking up. 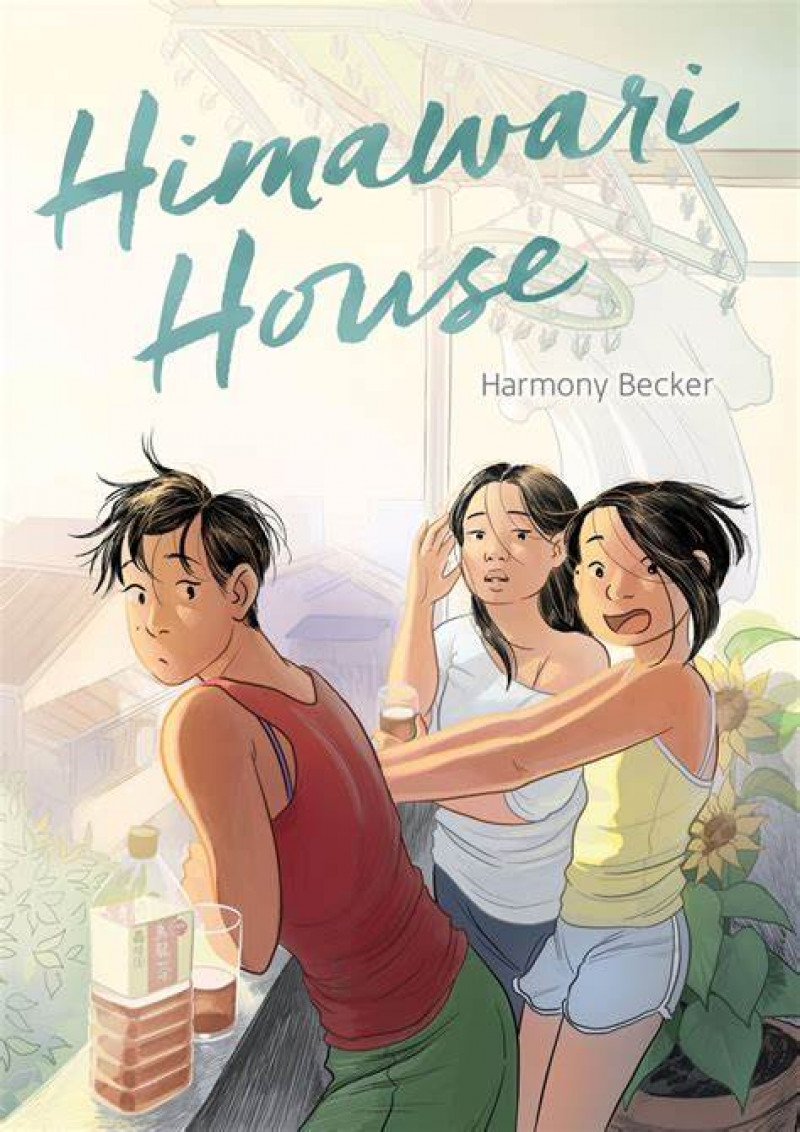