When in space, no one knows what could go wrong; a piece of equipment could somehow stop working. A storm could appear out of nowhere and force your team to abort the mission and escape. That storm could even cause your team to have to leave someone behind. This is the problem that Mark faces in The Martian, directed by Ridley Scott and screenwriter by Drew Goddard.

The Martian, based on the novel by Andy Weir, stars Matt Damon as Mark Watney, a botanist, and part of the six-person Ares 3 crew. Weir’s novel and Scott’s movie are not all that different. Both have the same characters and plotline. A storm comes, the astronauts have to escape, one gets hit by debris and is declared dead. The catch is he’s not dead and has to survive on an uninhabitable planet. The biggest difference between the novel and the movie is that the novel is more science-based while the movie is more for the thrills. The climax in Weir’s novel is much simpler, while Scott and Goddard changed the climax to make it more exciting.

The Martian is part of the popular space survival genre but it stands out from the others. None of the other movies tackle the problem of a lone astronaut stranded on Mars. Although it is set in the future there isn’t much advanced technology or crazy futuristic problems, which helps keep the movie realistic and makes it seem like it’s something that could happen sometime soon.

Being set in space and on Mars causes a bit of a problem for filming. There has to be lots of good, convincing visual and sound effects and in my opinion, the effect artists, set designers and others really excelled with this project. All of the shots in space look real as does the terrain on Mars.

After it was released in the USA on October 2, 2015, The Martian won the Golden Globe Award for Best Motion Picture, Best Actor, and Best Director. It also won another thirty-five awards and was nominated one-hundred and nine times across the globe. It runs for about two hours and twenty-four minutes and is rated PG-13 because of its use of strong language, detailed injury images, and brief nudity.

The Martian is one of the best screen adaptations of a novel that I have seen. Viewers will be captivated as they follow Mark and the rest of his crew, Commander Lewis(Jessica Chastain), Beth Johasson(Kate Mara), Dr. Chris Beck(Sebastian Stan), Rick Martinez(Michael Pena), and Alex Vogel(Aksel Henrie). It is currently available for rent or purchase on Apple TV or as a DVD at your local store. 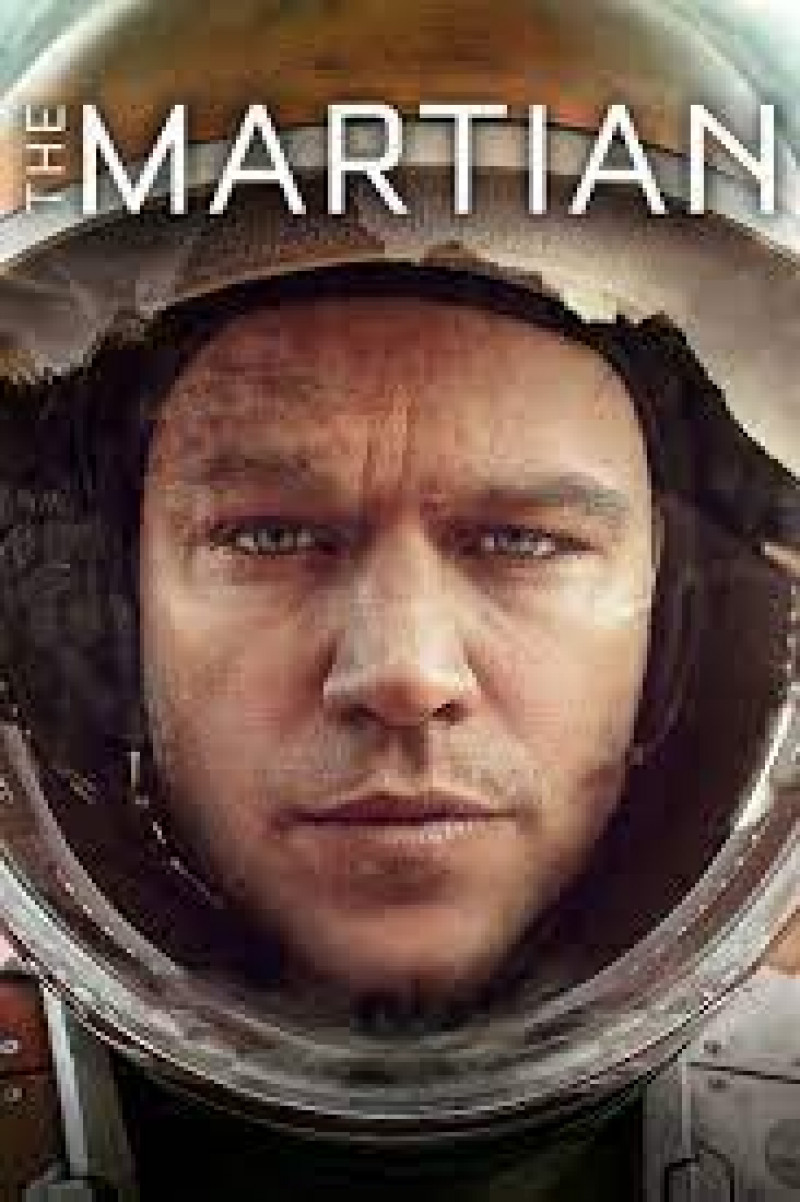