We have all played with Lego, and probably still do. We either follow the blueprint in the box, or we create something wild from our own imagination. For many, Lego has played a very important role in their childhood, and is a toy loved by all.

Now imagine all your Lego creations coming to life. Crazy right? Just the thought of it excites me. So when I watched The Lego Movie I literally squeeled in excitement. The animation is almost perfect for a setting that is made entirely from lego. Scenes that involve movement of waves at sea are extremely cool, and the lego clouds are so cute, I wanted to jump on one. Besides the animation, the humorous plot and funny characters will keep you entertained all the time.

The plot is very interesting and you get a taste of everything: action, adventure, comedy, drama, suspense. The story revolves around Emmet, a normal lego figurine that is pretty much a nobody in the city. Claimed as 'The Special One' he teams up with Wyldstyle, a cool inventor, to save the world from the antagonist, Lord Business.

'Guest appearances' have been made by many notable cartoon characters, from Batman to The Simpsons. As the story develops, a huge twist is brought in and it just makes the entire story even more interesting.

This movie was a delight to watch, and the ratings prove that. Everything is awesome in this movie, no pun intended. 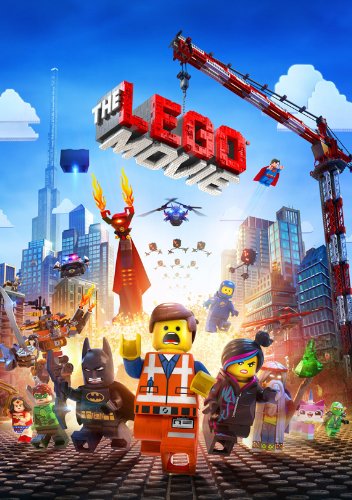 I love this movie very much! Can't wait for it's sequel.

IT IS A MUST WATCH.