Thursday's "Full Collapse" is a must-have. One of the best tracks is "Cross Out the Eyes," which is one of those songs you want to hear again and again. All the riffs fit together like a puzzle and the lyrics talk about a fight: Drive through the streets as gunshots punctuate the night. The sides we take divide us from our faith ...

The song is good, but you can't buy a CD for just one song. "Hole in the World" is another landmark song that has a lighter feel. Unlike "Cross Out the Eyes," it doesn't call for the lead singer to scream. The music alone catches your attention and holds on. As you hear the first few lines, you are suddenly into the song. It's like you are in a trance: you can't stop listening to it.

This CD also has a darker side, since all the songs talk about something very unfortunate. For example, "Understanding in a Car Crash" talks about watching a friend die, while "Standing on the Edge of Summer" is about a heartbreak.

Geoff Rickly screams way too much on this CD. My guess is that he is trying to express pain and anguish, but thankfully he doesn't scream in every song; at times his voice can be almost soothing. Rickly should experiment with singing not screaming. If he did, his songs would be much better (and we could understand what he is saying).

Guitarists Tom Keely and Steve Pedulla are absolutely amazing. They play with such ease that you could argue they were born playing. I only wish they would rise to their potential and stop putting such sadness and misery into their songs. 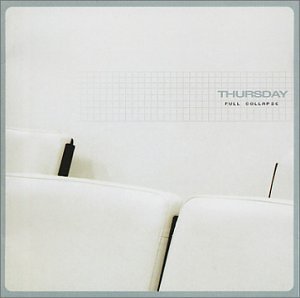