Rachel Argyle (Jane Seymor) has worked her whole life for one thing: to have a family. Possessed with a large fortune, she married, bought a manor house in the midst of a lake, and adopted five children. However, one cannot hold on to childhood forever. The eldest, Mary (Lisa Stanfield) has married an unsavory pilot (Richard Armitage), and one of the twins, Jacko (Burn Gorman) has fallen into financial ruin because of gambling debt. His brother (Tom Riley) is little help. Hester (Stephanie Leonidas) is supposed to move to Scotland, but doesn't want to. Not to mention her husband's new secretary, Gwenda (Juliet Stevenson).

After a particularly stressful evening, Rachel goes to her study to calm down. It is there that the housekeeper finds her bludgeoned to death, with several bank notes missing from her desk. And what seems to be an open-and-shut case is soon revealed to be only the beginning. The suspects are limitless. Storms are closing in. And time is running out.

A mystery is always about seperating the truth from lies, the darkness from the light, the good and the bad. Miss Marple is no exception. One of the reasons why she does this is because at a young age she realized the injustice of punishing the innocent when a crime is committed, and she encourages those around her to strive for truth and justice as well. But sometimes that unearths painful secrets and emotions, which one needs to share at some point. The investigator of the crime, Dr. Calgary, agrees with her and does his best to help, all the while trying to comfort those around him (including saving a girl from suicide).

One of the children refrences to Rachel as a motherless female dog. It is revealed that one of the characters is committing adultry, with his wife well aware of it (nothing is shown), and various women describe Jacko as a womanizer.

Result: Alright for the mature audience. 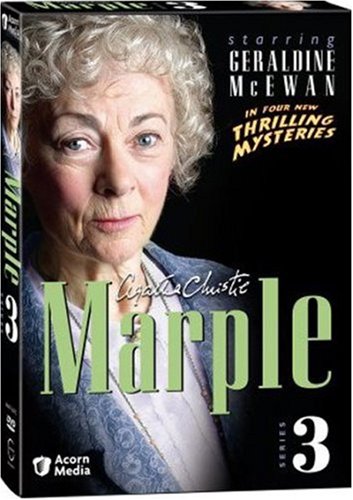