Call of Duty: World at War is the one game that can possible squeeze the last bit of fun out of WWII style games with titles such as “Medal of Honor”, “Brothers in Arms” and previous “Call of Duty” titles to name just a few. This topic has been touched on for as long as I can remember and therefore has become very dull. For those who have experienced these types of games have been able to access only one or two characters and have covered only the main points in the war such as D-Day and Bombings of Great Britain, this game however gives you the ability to access as much as three characters representing the United States and the Soviet Union which allows you to virtually experience more than you ever have.

The “Campaign” mode starts you out as Private Miller, a Prisoner of War, in a Japanese controlled camp located on Makin Island. There you experience the tragedy of the torture and execution of captured comrades, but right when you think certain death is upon you, the Marine Raiders squad come and liberates you. Then throughout the game Private Miller and the Marine Raiders fight their way through the Pacific and end at a castle located on Okinawa Island.

The second character accessible is Private Dimitri Petrenko, which is a member of the 62nd Army in the Soviet Union. We start with Private Petrenko in Stalingrad, Russia during the Battle of Stalingrad. Petrenko and his fellow injured soldier, Sergeant Reznov, pretend to be dead in an old water fountain fearing that they may be killed like the others in their unit. The duo then sets out with sniper rifles killing all Germans in view to seek revenge. Private Petrenko's mission does not stop there, he then advances with the 3rd Shock Army and gains control of Berlin.

Finally the third and final last character to play is none other than Petty Officer Locke, a weapons operator aboard the PBY Catalina flying boat. Petty Officer Locke can only be accessed in one mission, “Black Cats”, but a must in the mission selection. The PBY Catalina flying boat has the job of destroying a Japanese merchant fleet and rescue survivors of the destroyed U.S. fleet.

Call of Duty: World at War also is a game that is very successful in multiplayer game mode, if that's your style of playing. The multiplayer experience presents you with a wide range of weapons from the M1911 pistol to the Ray Gun. Most of these weapons are shown in “Campaign” and some are due to imagination. Some of the exotic weapons may only be used in the “Nazi Zombie” mode. This mode portrays endless waves of undead German and Japanese soldiers alike and it is your job to stay alive with the maximum of four other players and extinguish the enemy.

All in all Call of Duty: World at War is a fantastic choice on any of the current consoles and gives you a taste of war and an experience you will never forget. This game has a very well organized plot and a realistic presence in the 2nd World War. It will be very difficult to have another WWII style game with the same outcome that this one had. This is a great game and a good last hurrah for these types of games. 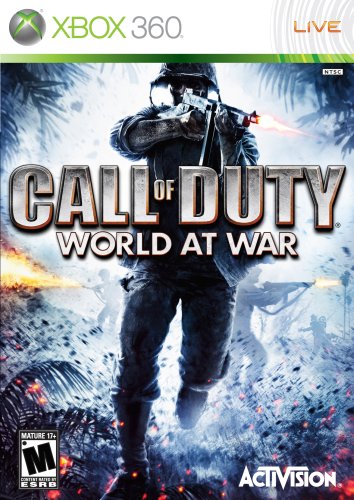 Favorite Quote:
I sleep a lot

View profile
YYYEEAAAAHHHH! Oh man there is drool from my last nap