Favorite Quote:
"Because with a keen eye for details, only one truth, will prevail." - Shinichi Kudo

November 1st, 1993. A day that will be long remembered in the memories of Mortal Kombat fans around the world, when the masterful sequel to the arcade original had finally arrived. It boasted better graphics, more characters, and more importantly, WAY more fatalities at your disposal. Let's take a look into one my favorite fighting games of all time.
Story: After the 1st Mortal Kombat, Liu Kang became the new Mortal Kombat Champion, after defeating the Shokan Prince Goro, and defeating Shang Tsung himself. Shao Khan, the leader of Outworld intends to takeover Earthrealm through tournament battle, but is unhappy to hear that Tsung has failed him. Begging for his emperor's forgivness, Khan gives Tsung one last chance to defeat and restores his youth to defeat the Earthrealm warriors, with some help from the allies of Shao Khan. Tsung plans to lure the Earthrealm warriors into Outworld for the tournament this time around. Rayden and the other heroes accept Tsung's invitation, and must compete in the Outworld. The advantage goes to Shao Khan and the Outworld warriors, since the tournament is now on Outworld territory, this gives Khan the edge in winning the tournament.
Graphics: This time around, the digitized graphics have been majorly improved over the first game, making them appear with less pixels on their body. The color is also noticeably more colorful and brighter, not to mention there is way more blood than in it's previous installment. For it's time, the graphics were considered very detailed and excellent, and the scenery of every background (arena) was very appealing.
Sound: The sound effects are much more crisp and clear, and the soundtrack is one of the best ones in the history of the arcade business. The soundtrack itself is famous for being catchy, intense, and it's heavy focus on percussion, makes it sound so worthy for battle in a Mortal Kombat game. Thank you Dan "Toasty" Forden for such an amazing soundtrack!
Gameplay: The objective is like any other fighting game, diminish your opponent's life bar before he beats you to the punch. On an arcade cabinet, there are 5 buttons and a 8-way joystick. The 5 buttons consist of High Punch, Low Punch, High Kick, Low Kick, and Block. If you research and memorize move lists for every character, you can perform special attacks, and the 3 types of finishing moves. You use these moves at the end of a match (if you succeed in beating the CPU or P2, or P1) to decide your opponents fate, but if you take too long, or enter an invalid combination, nothing will happen, and your character will simply fall to the ground. But if you succeed in performing a specific combination of buttons for one of the 3 finishing moves, Friendships, Babalities, and the most famous, the Fatality. Friendships end with a act of friendship rather than killing the person. Babalities end with turning your opponent into a baby. And Fatalities, involve killing your opponent in a gruesome manner, and is still an iconic moment in all of video games. You can also perform Stage Fatalities on 3 of the arenas. In order to successfully beat the game, the player must defeat a series of fighters, eventually leading up to Kintaro and Shao Khan. But this is no easy feat. When someone is successful in defeating Shao Khan, you are the given that specific ending for the character you chose.
In the 2 player mode, it's one on one battle to prove who is the better player, or to just have fun battling. It's still just as fun and even holds up today. For these modes, you are given the option of 12 playable characters. There are 5 returning characters from the first game, Liu Kang, Rayden, Scorpion, Sub-Zero, and Johnny Cage. The 7 new characters include Reptile, Mileena, Kitana, Shang Tsung, Jax, Baraka, and Kung Lao. Each character has 2 Fatalities, a Stage Fatality, a Friendship, and a Babality. There are many secrets throughout the game, including secret characters that could be fought, and hidden games. My only complaints, is that for a fighting game, it can be pretty difficult. For first-time players, it might be hard to pass the first fight, but the 2nd fight could very well be brutal. It will take alot of practice to master this game, and finally beat it, which is pretty insane to accomplish. My second complaint, is that the requirements to play the 2 hidden games, will take ALOT, and I do mean, ALOT, of patience. Tiny Spoiler Alert: In order to a SINGLE game of pong, you have to be playing on the 2P mode, and Player 1 or 2 must have a staggering 250 WIN STREAK. Only after that, can you play one game of Pong. Why does it have to be in the game if the requirement is so freaking insane!? Why would anyone want to go through that kind of trouble just to play ONE game of pong? It feels like a waste of space, but it's not a huge complaint.
Overall: Mortal Kombat earned it's spot in video game history as an amazing fighter. It also made it's way in video game infamy for huge rise in violence and blood, unlike it's predecessor, which was more than enough to drive politicians and super concerned parents up the wall and attack it for it's extreme violence, yet I don't know a person or a story involving murders influenced by MK2. It's only digitized blood, and it's entirely fictional, and not real, calm down. (Believe me, it going to be the same way with the new upcoming Mortal Kombat 9, being released in April.) I hope you have a chance to play this revolutionary-for-it's-time fighter (or you already have) and enjoy all the features and standards it would set for future fighting games, in all of it's brutal, violent, and bloody glory.
Rating: 10/10 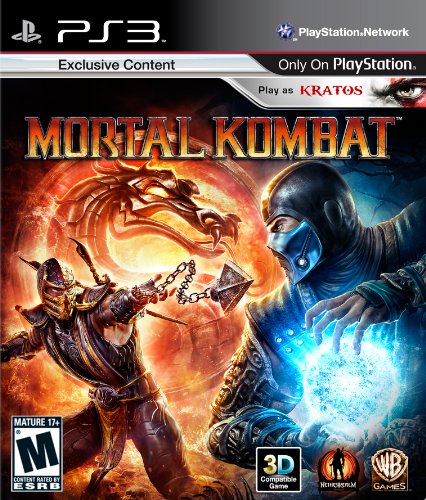