Favorite Quote:
"Because with a keen eye for details, only one truth, will prevail." - Shinichi Kudo

“Superman 64” is quite possibly the worst game of all time. I'm not saying this just from personal opinion; it's widely regarded as the worst of the worst. This game wasn't ­released; it escaped. If you haven't had the opportunity to play it, thank your lucky stars.

The story: The evil Lex Luthor has kidnapped Superman's friends and sent them into a portal that leads to Virtual Metropolis (Oh no!). Luthor challenges Superman to complete various tasks to save his friends. Should he fail, his friends would be trapped forever. This game already set itself up for failure with this mediocre plot.

As for gameplay, I don't even know where to start. The controls are a major contributor to failure. They're way too sensitive, and flying Superman around while trying to complete an objective will make you want to toss your controller. It's mind-blowingly aggravating.

Speaking of objectives and frustration, let's move on to the story mode. You would think with a Superman game, you could fly around and do stuff while taking down evil-doers and Metropolis's greatest villains. But no, Titus (the game's developer) screwed up something as basic as that.

The first mission involves flying through a series of rings within a time limit. And the rings aren't in a straight line; there are turns, twists, you name it. Now add the oversensitive controls and it's an extremely frustrating gaming experience. If you're a casual, impatient gamer (or anyone, for that matter) and you actually beat the first mission, you deserve a gold medal. And what's Superman flying through rings for? Why can't we get into fighting crime and rescuing his friends?

The second mission involves saving a couple of people from being hit by cars by carrying away and destroying the cars. Not as bad as flying through rings, but the controls are still aggravating. And after that, more rings. And for the fourth mission … well, I was too frustrated to continue. But I hear there are more rings. It's basically rings, objective, rings, objective, more rings, and on and on.

And the look of the game? I've seen better graphics in early PlayStation games. The textures are blurry, the surfaces bland, and everything looks like a block. I'm not a huge graphics freak, but this is an eyesore. What's even worse is how Superman punches. It's laughably weak.

The music is also nothing special. Even though this a Superman game, you won't hear the Superman theme. Just some forgettable stock music.

Amazingly, this game was on the top-seller list in June 1999. I feel sorry for the people who paid full price for it. Even the most hardcore Superman fan would consider this a tragedy.

My recommendation is don't involve yourself with this game. It's on the same level as “ET” for the Atari 2600, and don't even get me started on that one. 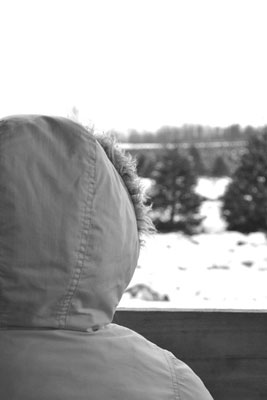