Battlefield 4 on Xbox One | Teen Ink

Battlefield 4 on Xbox One

Battlefield 4 is personally one of my favorite games for multiplayer. It has a campaign mode but I couldn't get into it. So if you couldn't already guess by those two sentences, I'm giving a review on Battlefield 4 multiplayer.

Battlefield 4 multiplayer features large maps with two teams of 32. There are many game modes and one is conquest. Conquest puts the teams on two different sides of the map with vehicles at their disposal. When the timer reaches zero you either spawn in on a vehicle (regular conquest) or you running to a vehicle (hardcore conquest). After everyone's gone to battle you begin capturing control points. Usually there's a control point in the center that everyone goes to. If the map is huge then they are able to go around and take control of other control points.

On every map there is at least one control point that everyone goes to. I'm going to name one on a couple maps. On Goldmud there is a little town that usually is guarded by snipers and assault. There's also at least one tank. This part of the map is a fun drop zone and firefight type of battle. Most of the time the entire town is destroyed by the end of the match. On Operation Locker there is a large room where one team has easy access but must defend it as that's one of the only ways across to the other checkpoints. You can go outside but there are snipers. On Siege of Shanghai control point C is on a skyscraper. You can fly a helicopter or jet to the top or you can risk taking the elevator. By the end of the match the building is usually destroyed.

There are other game modes such as chainlink. Chainlink puts control in points in a line rather than spread out. The teams must follow this line on control points and capture as many of them as possible to drain the enemies tickets. There are more traditional game modes such as team deathmatch which is good for leveling up. But if you want an exciting battle play conquest, I highly recommend it.

Overall Battlefield 4 is an amazing game and I would recommend getting it. 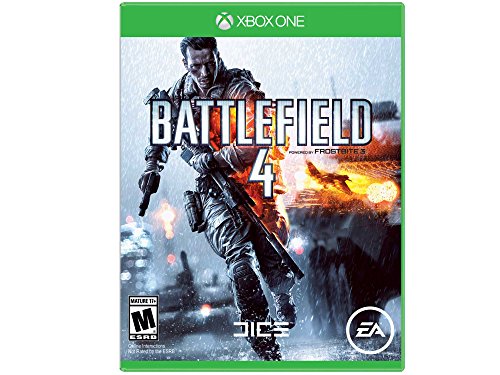