Hold on to ME | Teen Ink

Hold on to ME

Favorite Quote:
"When a person is lucky enough to live inside a story, to live inside an imaginary world, the pains of this world disappear. For as long as the story goes on, reality no longer exists." -Paul Auster

“Stop!” I yelled as I covered my underwear with my hands.

He gave me one of his famous crooked smiles as he said, “Stop what?”

“Stop,” I fumbled around in the tree. “Just…stop.” I was absolutely, positively stuck. I wasn’t going anywhere soon. I flopped back down onto the roof spread out.

“If you are just going to just watch me struggle will you at least pull up my skirt?”

Harry’s green eyes opened wide as his mouth hung open in a shocked expression. He quickly recovered with a tumble of laughter falling from his mouth. I crossed my arms across my chest, which was at least covered. Thank God the top was tight.

“It would be my pleasure.” He muttered as he nonchalantly got up and walked to wear I was. All I could see were his jean covered legs. When he got to me he just stood there.

“What are you doing? Not practiced on putting clothes on a girl?” I asked with sarcasm. If it was even possible, I thought I could hear him smile.

“No, I am very skilled. I was just enjoying the view.” I hit his leg with all the strength I could muster.

“Fine! Fine!” He called as I felt him grab my skirt and pulled it up to its place around my hips.

“Thank you. Now, if you would remove my sock from the tree.” He walked back and sat in the window sill.

“Not until I know your name.”

“Why do you want it? For the reason to tell your friends?”

“Now, will you get me down from the tree?” I asked.

“Why would I want to do that?” Harry snickered. His blond hair was lying neatly just in his eyes. He flipped his head backwards to get the bangs out of his face.

“Why?” I said exasperated. “Why? Because I’m hanging upside down!” I yelled at him.
“Well, why are you in my tree in the first place?”

“I failed at a suicide attempt.”

He laughed openly and I couldn’t help but smile just a little.

“I never realized how difficult it would be to sneak into one of your parties,”

“Well, just a flash of your underwear could get you in anywhere.”

I sounded as if I growled at him. “Taylor didn’t have any problems what so ever. This was her idea and yet I am the one hanging upside down in the tree.”

“No, Taylor Willis.” I corrected him.

“Oh, that Taylor.” He said as he leaned back in the window sill.

“Then why are you up here instead of amongst the masses.” I said exuberantly throwing my arms around while speaking. It’s a habit, I suppose.

He looked at me and sighed. “That’s a good way to describe them, as a mass.”

I tilted my head, raising one of my brown eye brows. “Really? I thought that they were your friends?”

“Some are. Todd’s the only good one.”

“Yeah, that one.” He told me with the exact same tone as I had told him about Taylor. We both sat in silence for a minute.

“Can I ask you something?” I looked at him. His eyes were slightly downcast, but at the sound of my voice, he immediately looked upward and gave me a look that bore into me. I never realized how green his eyes were until that moment and I almost forgot my question.

“Um, why are you sitting up here instead of at your party?”

He cracked an insincere smile as he leaned backwards.

“Because it isn’t nearly as fun as being up here.”

“No, seriously.” I asked crossing my arms over my chest. He then he crawled out of the window and pulled out a pocket knife as he stood at where my foot was stuck. He quickly started cutting the sock out of the branch. When he finished, he had a hold of my leg and gently set me down, but he didn’t let go.

Harry sat down next to me as I sat up and his fingers slowly traveled up to my knee. His eyes never left his hand during the time and I caught my breath. Never before had I been touched like that and felt this way. His hot hand then left my knee and he gently caressed my neck and then cupped it pulling my face up to look at him. His breathing had quickened as well as he lowered his mouth down to mine.

I had been kissed before, but never like this. He was so gentle as his lips molded against mine. His mouth was as hot as his hand. Maybe hotter.

I broke away from the kiss first. “Wait, this is crazy! I don’t even know you!”

“I’m not crazy. I’m a teenager.” With that he once again found his way to my mouth and kissed me this time with more passion and desire and I knew from that moment on that I was in love. 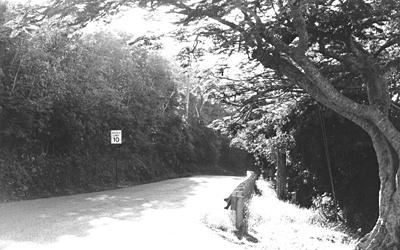 The author's comments:
This is one of my favorite teen romance pieces.
Post a comment
Submit your own

Favorite Quote:
"Trust in the Lord with all your heart and lean not on your own understanding,in all your ways submit to him, and He will make your paths straight"- Proverbs 3:5-6

Favorite Quote:
just cuz you put syrup on somin dont make it pancakes
Whoever said sticks and stones may break my bones but words can never hurt me, had never been hit with a dictionary

View profile
OHHHHHH! SOOO  CUTE! YA I THINK HE WAS MOVING TO FAST KSSING HER WITHOUT KNOWING HER. bUT STILL SO CUTE!!! <3
AyeshaMuzaffar BRONZE said...
on Sep. 10 2011 at 6:51 am
AyeshaMuzaffar BRONZE, Lahore, Other
4 articles 0 photos 98 comments
View profile
Awwww. It's like the cutest story.ever! I wanna know what happens to taylor?
Odessa_Sterling00 DIAMOND said...
on Aug. 2 2011 at 3:39 pm
Odessa_Sterling00 DIAMOND, No, Missouri
87 articles 108 photos 966 comments

View profile
This was soooo cute, awesome job!
Anjo! SILVER said...
on Sep. 3 2009 at 2:11 am
Anjo! SILVER, Roseburg, Oregon
6 articles 0 photos 211 comments
View profile
Oh my gosh!! i want to read more! seriously, like you should keep going on with this as a book. write a part 2! wow, i wish i could write like this!! you are AMAZING! one of the BEST short stories i have read on here. WOW
MM4ever PLATINUM said...
on Aug. 31 2009 at 6:18 pm
MM4ever PLATINUM, Owosso, Michigan
23 articles 1 photo 45 comments
View profile
i love this!! keep writing