An Obsession For Orchids | Teen Ink

An Obsession For Orchids

Passion. That’s what it all started with. A unique vision, a unique person, and a particularly unique passion. That vision was what drove him; the wish to become a billionaire in the most interesting way possible. He was the unique person: John Laroche, a man who “strikes many people as eccentric.” (Orlean 3) And the unique passion? Orchids. John Laroche loved orchids. It wasn’t just a passion, though. It was an obsession. To Laroche, orchids were as addicting as cigarettes. There was just something about them that caught his attention. They were alluring; they were beautiful. As Susan Orlean explains in her bestselling biography The Orchid Thief, Laroche always went the extra mile to get his hands on an orchid. He was a smuggler, a thief, and an illegal breeder all in the same year. It grew to be a serious problem. Laroche’s passion for orchids blinded him to a dangerous degree, turning into an addiction that influenced his every action. John Laroche’s naturally addictive tendencies were on full display from a very young age. This led to an overwhelming passion for orchids that he was unable to control as he advanced past the adolescent stage and became an adult. His blind adoration for an inanimate object could only sustain a poor lifestyle, and the consequences of his actions were often drastic. Although we cannot justify his lack of respect for the law, it is important to note that there was a strong obsession hidden underneath his eccentric character.

John Laroche didn’t exactly grow into his obsessive qualities. Instead, his obsessive qualities grew into him at the very early age of 9. Laroche’s parents agreed to let him buy a pet, so he decided to get a turtle. But it didn’t stop there. For John Laroche, nothing stopped after the first try. Instead, he got 10 more turtles and bred them so that he could sell the turtles to kids his age. He fell so madly in love with them that he wanted to collect every known species of turtle, even those in far-off countries like the Galapagos. (Orlean 3-4) Laroche was wholly consumed by even the idea of turtles. It was an obsession; it was an addiction. From a very young age, he proved to be an individual who was easily influenced by fleeting interests. From ages 9-18, Laroche was obsessively interested in turtles, Ice Age fossils, lapidary, old mirrors, orchids, photography, and tropical fish. (Orlean 3-4, 12-13) He was never interested in two at the same time, and none of his interests lasted for more than a few years. Nevertheless, he was obsessed. Although these past actions never resulted in any harsh consequences and didn’t end in any sort of danger, they strengthened his faulty monomania that would cause many of his problems later in life. Laroche’s impulsive condition wasn’t just his fault, though. His mother had quite the same nature, and she often encouraged Laroche to feed his unique qualities. As a child, Laroche would pack up his belongings and spend the entire day in the woods with his mother, looking for unusual things to analyze. Mrs. Laroche loved orchids. When John was a teenager particularly obsessed with photography, his mother would go to the utmost extent to satisfy his cravings. “(Laroche) loaded his mother with cameras and tripods and the two of them would trudge for hours through the woods.” (Orlean 13) When Laroche gave up his job as an amateur photographer and started collecting the orchids instead, trudging through the woods with pillowcases and garbage bags to carry the esteemed plants, his mother would take on the role of an assistant. It wasn’t long before Laroche was willing to do practically anything to get his hands on those special flowers. Like a deadly disease, Laroche became victim to the rapid spread of greed and dissatisfaction. The innocently obsessed teenager grew into an immaturely obsessed adult, and by that point, his disease had become terminal.

These naturally addictive tendencies from Laroche’s childhood managed to follow him into adulthood, and by that point, they had grown to be unstoppable. He had grown out of his impulsive nature for the most part. Now, instead of occupying his time constantly changing his hobby, he became obsessed with orchids and devoted much of his life to collecting, breeding, and distributing the unique flower. His plan was simple: “The plants were bound for a laboratory where they were going to be cloned by the millions and then sold to orchid collectors around the world.” (Orlean 6) However, his method of completing the plan was far from simple. Instead of leading a structured organization, Laroche worked all over the place. He went from opening his own nursery (Orlean 13) to creating a display for the World Bromeliad Conference (Orlean 15) to dabbling in mutation (Orlean 17). He was scattered, but his central idea was clear: everything was about orchids. In his eyes, the world began and ended with orchids. The people revolved around the study and growth of orchids. Absolutely nothing in his life could go on if orchids suddenly became nonexistent. With his time, money, and mind invested in the beautiful blossom, Laroche always had the best of the best. As Susan Orlean puts it, “He tended to the extravagant...he wanted the best of everything.” (16) This proves that his addiction to orchids was no longer a simple hobby or idea. Instead, it had turned into a strong (yet very strange) relationship. Orchids had become his lifeline, and he constantly strived to be the best and have the best. While he may have been slightly motivated by greed and self-centeredness, he was helplessly ensnared by the trap of his own addictive tendencies, which led to the majority of his issues.

After leading such a reckless life for so long, John Laroche was past due for his punishment. We don’t know when he finally realized how rocky his path of life was, or if he ever realized. However, we do know that his passionate nature forced him to embrace a harsh lifestyle as he advanced into the middle-age of life. Laroche was expecting gold and he got tin; he wanted wealth and he was handed poverty. Orlean says that Laroche “lives in a frayed Florida bungalow with his father and has always scratched out a living in unaverage ways.” (5) When compared with the billionaire mindset Laroche originally possessed, this is an interesting obverse. Because Laroche “did not have a rigorous formal education” (Orlean 4) and alternatively relied on his optimistic passions to pave the way for him, he was unable to lead the life he wanted. Instead, he could only think wistfully of what could’ve been. Poverty wasn’t the only result of Laroche’s rash actions, though. His orchid collecting obsession grew to be such a timely issue that it even attracted the attention of the authorities. On the night of December 21, 1994, Laroche took a hike into the Fakahatchee Strand with 3 Seminole Indian accomplices and illegally removed more than 200 rare orchids and bromeliads. “(They) were apprehended leaving the swamp in possession of four cotton pillowcases full of flowers.” (Orlean 8) The foursome was spotlighted by national newspapers, arrested, and required to sit before a judge to testify. By the time the testifying was completed, everyone present in the courtroom was left in a state of confusion. Even the judge appeared bewildered. However, Laroche was not to be favored that day. Instead, as Orlean describes, “(The judge) announced that she was rejecting the defendants’ request to dismiss the charges.” (11) After word got out of his arrest, life was rougher than he expected. He received menacing phone calls and death threats almost every day, every one of them demanding something different from him. Some were just curious callers and others were serious psychopaths. But it all stems from the same source: the uncontrollable passion. Laroche’s uncontrollable passion. “Laroche’s passions...ended explosively, like car bombs.” (Orlean 4). That’s how it all started, and that’s how it will end.

It’s hard to tell when Laroche’s life finally died down, but somewhere along the way, he became a simple elderly man with an interesting backstory. That’s it. He isn’t known as “The Orchid Thief” anymore. He isn’t even known as John Laroche anymore. Instead, he’s 59-year-old John Stafford. However, it only takes one read into Susan Orlean’s biography The Orchid Thief to understand his character. John Laroche was passionate about orchids. So passionate, in fact, that he was dangerously blinded by a monomaniacal love turned addiction. Since childhood, Laroche was always passionate about one thing or another--whether it be tropical fish, photography, or old mirrors. He carried this obsessive character into adulthood and grew to love orchids. He would, in fact, travel across the world just to get his hands on some rare species of the flower. Or even into illegal state land, apparently. A desperately broke Laroche somehow found himself seated in a large Naples courthouse. He had been arrested for poaching over 200 rare orchids out of the Fakahatchee Strand. Over the course of just a few decades, Laroche had ridden the longest roller-coaster ride through his own life. And it wasn’t a smooth track, either. The coaster took him through loops in the air, up into the mountains, deep under the valleys, and everywhere in between. Although Laroche experienced the devastating consequences that resulted from his obsession, he should nevertheless be admired for his consistent optimism and perseverance, despite the many charges we naturally place on his name. 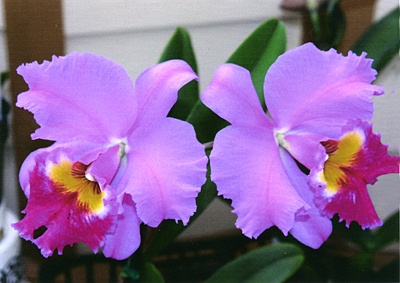 I wrote this essay for my high school ELA teacher after analyzing The Orchid Thief by Susan Orlean.