Comparing and Contrasting the French Revolution and the Arab Spring

In both the French Revolution and the Arab Spring, some of the main reasons for mass frustration and state crisis that triggered the revolution were the high unemployment rates and rising food prices.

For instance, in France, due to freak weather, on the 13th July 1788 a massive hailstorm had destroyed cornfields,vegetable plots,orchards and vineyards all over central France. This was followed by a drought. As a result, the harvest in 1788 was very poor. Rivers froze over, stopping watermills from grinding flour. Blocked roads prevented food from reaching markets. And when the snow suddenly thawed in the Spring, floods ruined huge areas of farmland. On top of this, the French government would spend more than it received in taxes—this resulted in inflation of food prices. Combined with the food crises, inflation and heavy taxes that the ordinary working class had to pay due to divisions in social class,several millions of people in France were unemployed. In the Arab Spring, the president Ben Ali and his family would overspend money they received in the government on luxury items such as additional land, property etc. This would result in a lot of money  having to be printed by the government! With Tunisians facing rising inflation and high unemployment, the conspicuous displays of wealth and persistent rumors of corruption of Ben Ali’s family added fuel to the fire. The inflation caused food to be hardly affordable and basic items like milk and bread became expensive. Therefore,it is clear that in both revolutions, the state crises (unemployment rates and food crises) caused shared motivation among the people to revolt and triggered the indignant demand for reforms. Despite this, there were also differences--one being the amount of time it took for each revolution to reach a form of democracy, due to the changes in dissident elites.

A key difference between the French Revolution and the Arab Spring, was that even if both ultimately reached a form of democracy, the French Revolution went  through numerous stages before achieving the latter, this is because it was far easier to be a dissident elite in the Arab Spring than the French Revolution. The truth is that while the French Revolution did not lead immediately to a true democracy in France, it did help to bring about more democracy in the country and in the world in general. In the short term, the revolution did get rid of the monarchy and the aristocracy, but it did not lead to a full democracy. The government of France changed many times during the revolutionary years of 1789 - 1848, the stages of change in the government went from Absolute Monarchy - King Louis XVI and the ‘Old Regime’ National Assembly, with different political parties ,Constitutional Monarchy - Legislative Assembly, Republic - execution of King Louis XVI, Military Dictatorship (French Consulate) - Napoleon as Emperor and (Constitutional) Monarchy restored - King Louis XVIII and Charles X = absolutist. It took around ten years for all these changes to happen. The dissident elites during the French Revolution were the ‘philosophers’ - a group of educated writers, journalists and scientists who shared a way of thinking called ‘Reason’ - examples: Lavoisier, Voltaire. Not everyone could be dissident elites because they didn’t have the same rights, a lot of people didn’t have adequate education or a platform to express their opinions and frustration.

On the other hand, the Arab Spring which happened a lot more recently (ten years ago), was much more fast paced in terms of changes in regime from a totalitarian regime to a democracy. For example, in Tunisia after just a month of protests, the Tunisian autocrat, President Ben Ali was kicked out, Tunisia was able to undergo a relatively peaceful political transition; it eventually led to a thorough democratization of the country and to free and democratic elections. The main reason for this quick action was because in the Arab Spring social media was within reach and MENA countries had enough education for all people to be dissident elites. Therefore, from what I said before you can see that both revolutions had their own timeline and eventually did end up with a form of democracy, even if they started with different government types. So clearly one of the factors that affected the rate of changes in reform/government was the capability to be a dissident elite and have the ability to act upon frustrations with government/reforms, this is why there is such a huge time gap between when the French Revolution achieved a state of democracy and when the Arab Spring did. 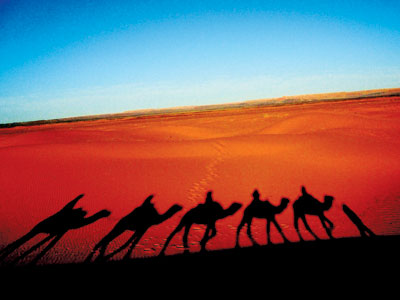 View profile
Hopefully, this can help with some of your essays at school!