Favorite Quote:
"You're a great wizard, Harry."
"Not as good as you."
"Me?! Books! And cleverness! There are more important things, Harry--friendship, and bravery, and--oh, Harry, just be careful."

The Faust story is one of temptation, the quest for knowledge, and the tragedy of human limitations. It has basis in the truth—a real man named Johann Faust who lived in Germany and was involved in dubious business—but the story strays into improbability as it involves the devil, demons, and black magic. Literature has immortalized Faust, rendering his story time and again in many formats over the centuries.

It is generally held that there is an element of truth in the Faust story. “Dr. Johann Georg Faust . . . was a German alchemist born in the village of Knittlingen, Württemberg” (Faust.com). It is almost certain that there was a real Doctor Faustus who was involved in some sort of activity that was seen as unholy, likely some sort of magic. “There seems to be little doubt that a fortune-teller of this name really existed” (“The Faust Legend”). Whether Faust was an alchemist, astrologer, or magician is harder to discover, but he was certainly a man.

However, past this, what we know about Faust becomes more and more improbable. “Legend says that he [Faustus] came to a terrible end near Wittenberg, where the devil tore him to pieces and left him on a dung heap, with his eyes glued to the wall” (Faust.com). Faust supposedly made a pact with the devil, was granted a demon for a servant, and gained supernatural powers for a time before being destroyed by the devil. “Mephistopheles entertained his master with luxurious living, long intellectual conversations and with glimpses of the spirit world” (“The Faust Legend”). This must be legend. Demons simply do not simply arise and entertain mortal genii on a regular basis. This is evidence that the Faust story has been embellished and recreated as it has been transcribed in literature.

And Faust has certainly made his way into literature. “Anecdotes of his magical tricks were first written down in the late 1560s; then, in 1587, appeared in the Historia von D. Johann Fausten” (Haldane). Due to the intrigue of the Faust story, people have been writing about it from the time of Faust onward. “The most outstanding treatment of the legend was formulated by Johann von Goethe” (“The Faust Legend”). Christopher Marlowe was another who helped to immortalize Faust, with his play The Tragical History of Doctor Faustus. Because of this literary immortality, Faust and his downfall are still famous today, nearly five hundred years after Faust himself died.

Perhaps what intrigues us about the Faust story is that Faust was a brilliant man whose brilliance, as well as the arrogance that accompanied it, played a role in his downfall. Perhaps we merely have a morbid curiosity that will not allow us to tear our collective eyes from the tale of a man who met a gruesome end after making what was ultimately a foolish deal. Perhaps the Faust story lives on only because someone, at some point, decided that Goethe and Marlowe had written classics, and future generations would benefit from reading these works. Whatever the reason, we have collectively been reading about Faust and his folly for over four hundred years, tracing his story from fact to fiction throughout literature. 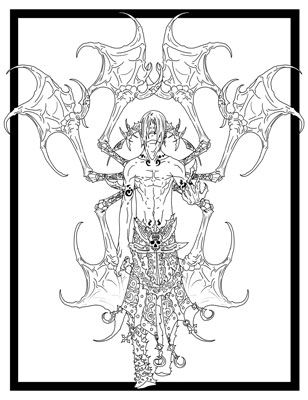