Cristiano Ronaldo the supreme football forward player was born on February 5, 1985, in Funchal Madeira. Cristiano dos Santos Aveiro is a Portuguese football (soccer) forward who is one of the greatest players. Ronaldo’s family was poor and he had to share one room with his brother, Hugo and his two sisters, Elma and Lilia Katia. Ronaldo’s first team he played with was called Andorinha, he was able to play with them since his father Jose Dinis Aveiro was the team’s equipment manager. His mother worked as a cook and cleaning lady. When Ronaldo was 15 he was diagnosed of with a heart condition, when he had surgery he was benched then made a full recovery. He played for several youth teams before joining Sporting’s first team in 2002. Ronaldo was an amazing athlete, he is 6 feet 2 inches. Ronaldo at first was a right-winger then soon became a forward with an attacking style. He had an amazing ability to make space for openings in the enemy defense.

After an amazing season with Sporting, Europe’s biggest soccer clubs wanted him. After getting several offers Ronaldo signed with Manchester United at age 18 in 2003 with a whopping $14 million transfer fee, he was instantly noticed by fans and soon was considered one of the best forwards in the game. During a game with United in 2005 Ronaldo found out his father died due to liver disease, he was devastated since him and his father were close. In his finest season with United in 2007, he scored 42  League and Cup goals and earned the golden shoe award as Europe’s leading scorer. After United won the Champions League title in May 2008, Ronaldo received the FIFA World Player of the Year honours. When Ronaldo led United to the 2009 Champions League final, they lost to FC Barcelona.

Soon after Ronaldo was bought by Real Madrid with a record of a $109 million transfer fee. His amazing skills continued with Real Madrid. Ronaldo made the most goals in La Liga history during the 2010 season with 40 goals. In 2011 Madrid won La Liga championship, and Ronaldo scored a personal best of 46 goals in that season. Ronaldo scored 66 goals in 56 games with Madrid and with Portugal’s national team in 2014. Ronaldo scored 44 goals in 44 games, and Real Madrid won a third straight Champions League Title in 2017. Ronaldo has won 5 FIFA world player of the year, tied with Messi his biggest rival. Ronaldo has  4 children, 3 boys and 1 girl. His first kid, Cristiano Ronaldo Jr is 8 years old and is following in his dads footsteps, and his 2 other boys are 1 year old twins, and his daughter is 8 months old. It has recently been confirmed that Ronaldo has signed to join Juventus an Italian team with a $131 million transfer fee. Which he says, he will win them the Champions League Title. 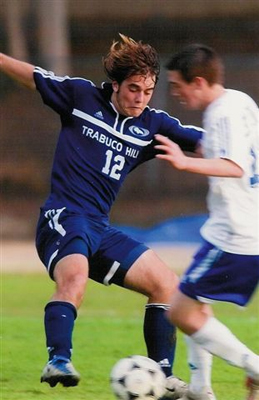 View profile
Wow! I never really knew much about Cristiano's life, until now! Great work, Marsh (a nickname for you).