Waste matter on the ground

A vessel out of clay

Broken into shards by the choice he thought he made

And that was because of a word called afraid

Viscid and putrid, disgusting as can be

Giving and giving, just let go and be free

The sight was so grotesque

His chosen career soon filled him with regret

With rats and gas, a discriminated chump

A piece of nothing no trash boy'd collect

Until one day a unicorn discovered accidentally

The human, so-called garbage, had atoms quite organically

What had been tossed aside was really of great value

And though had no virginity, a heart struck pure and true

So the unicorn cleared up the roadkill

And with magic, wounds did clean

And what he got for his actions

Was a heart and soul made of chalcedony

The unicorn looked on in wonder

At this so-called garbage cleaned

And with tears in his eyes, he said, "Go on, child, and be free"

The moral of this poem

Is very plain to see

So-called garbage at the dump

Is not always what it seeems 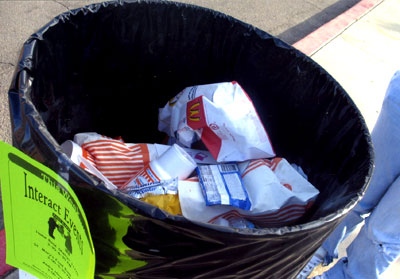 Favorite Quote:
"Shall we always study to obtain more of these things, and not sometimes to be content with less?" - Henry David Thoreau, Walden

"A man who dares to waste one hour of time has not discovered the value of life." - Charles Darwin

Favorite Quote:
"It's the Joshua tree's struggle that makes it beautiful" -The glass castle