Another year has gone, and what do you know, EA has created yet another golf game. "Tiger Woods PGA Tour 09." Does this game shoot a hole in one, or does it hit in the water?

Starting up your console(Wii, PS3, XBOX 360, PS2, PSP), the biggest feature will be Tiger's coach, Hank Haney. Hank Haney will test how far and accurate you hit on the fairway, how close you chip, and how your putting is. These small tests at the beginning of the game could be irritating at first, but will help you tremendously as you progress with your character in the game. As you create and play your scratch golfer, Hank Haney will assess your skills round by round. For example, the more fairways you hit, the higher the chance your accuracy skills will go up, however, miss all of the fairways, and your skills will drop. It is a hit and miss situation, but after the end of each round, you do have a chance to redeem yourself by playing skills challenges to increase your level of expertise.

Another major part in PGA Tour 09 is the club tuner. Having those severe fades or draws? Just want to hit straight? With the new club tuner system, not only can you adjust how far or accurate you want to hit, it also gets rid of those ugly hooks and slices. However, still trying to decide where the 'sweet spot' on your club is? There is also a coach recommendation in club tuner which allows Hank to decide what the best options are. Not only does this make the game more enjoyable to play, but it also gives you a better chance to win on the golf course. For example, TPC Sawgrass is known for their skinny fairways and gusty winds. Want to hit it more accurate? Club tuner will adjust your accuracy. Though you won't hit it farther, hitting the fairways there and being precise are much more important.

As for golfers and courses, not a whole much has changed. Most of the new golf courses aren't that memorable, and a few more female golfers have come onto the roster. I'm a bit disappointed that they took out Firestone CC, and I would love to see Torrey Pines South, and Bethpage Black added on. Also, why can't they put Augusta National Golf Club on there?

For the graphics and realism in the game, 09 does a very good job. The grass swaying on a windy day, and the water going back and forth are magnificent. All of the golfers in the game resemble their real life counterparts, and may be a bit eerie. My two favorite parts though are the golfers and crowds reactions. For the golfer, you can clearly see their anger and happiness; make a thirty footer for birdie, and they would be dancing, however, miss a three footer, and they would be weeping on the green. As for the crowd, I just laugh at them. Whenever a ball comes towards them, they would just look up and wait to get hit. The only fun part would be looking at how they would react. Get hit in the groin, they would fall to the ground, get hit in the leg, they fall to the ground also. Instead of the crowd trying to help, they would just stare and point. The crowds are just terrible. In fact, I would turn off Atmosphere mode in the options menu, just so I don't have to look at them.

In the end, I was very pleased with this year's golf game. Tiger Challenge, and career mode were kept the same, which is good. The announcers are still dull and boring, but it's golf, so no harm in that. Multiplayer has gamernet, and with the ability to speed up online matches by showing colored trails on where the opponent hit, is much easier. Overall, EA did a nice job on this years "Tiger Woods PGA Tour 09." A few changes here and there made this game much more enthralling to play than previous years. Hank Haney, and club tuner help the game, but the graphics and effects are just picture perfect. If they just changed crowd reactions, loading times, and add more courses and characters, it could be a contender for Sports game of the year. Okay, maybe I'm pushing it, but it could. With "Tiger Woods PGA TOUR 2010" on the way already, it is said to, &#39feel the drama.' Maybe they will make 2010 better, or worse. For golfers like me who want to play with virtual Tiger Woods, get it, and for those gamers who aren't sure about golf, try and rent this one. 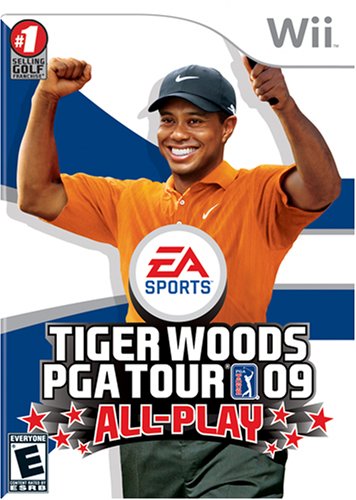